What is Cocamidopropyl Betaine?

Cocamidopropyl Betaine (CAPB) is an industrially made organic compound made from raw coconut oil and dimethylaminopropylamine creating what is called an amphoteric surfactant.

CAPB is used as a foam booster in shampoos, as a surfactant in soap, in cosmetics as an emulsifying agent and thickener, as an antistatic agent in hair conditioners, and an antiseptic in sanitary products.

CAPB is obtained in an aqueous solution in concentrations of about 30%.

CAPB is passed by the Soil Association to be able to be used as part of their COSMOS certification programme as long as the CAPB has no more than a measured amount of impurities. The impurities such as Dimethylaminopropylamine DMAPA and/ or Amidoamine are derived through the process of making CAPB. CAPB is made by the mixing/synthesis of DMAPA together with a fatty acid such as coconut oil.

Dimethylaminopropylamine (DMAPA) is a diamine that is commonly produced commercially via the reaction between dimethylamine (found naturally in plants & animals) and acrylonitrile (Produced in industrial sites, not naturally in the atmosphere of the earth, it is harmful to aquatic life, it is classified as a "B Carcinogenic and is toxic in small doses)

This produces dimethylaminopropionitrile, and then subsequent hydrogenation step yields DMAPA.

When the fatty acid from the coconut oil is mixing with the DMAPA it forms an Amidoamine. Amidoamine's are a class of chemical compounds that are formed from fatty acids (Coconut oil) and diamine (DMAPA) and used as intermediates in Synthesis (mixing together).

Then you have the final product of CAPB which is a yellow liquid.

Skin Irritation - Small trace amounts of Amidoamine & DMAPA are thought to remain in the final CAPB, these are called impurities and are strictly measured in the final product as it is the impurities such as the ones listed that are thought to cause skin irritations and dermatitis reactions. CAPB was named skin allergen of the year in 2004 for this reason by the American Contact Dermatitis Society.

Environmental factors- If you look at a safety data sheet for CAPB (Example here) it clearly shows in its concentrated form it is harmful to aquatic life, quotes written below direct from the SDS*.

Obviously, we are putting watered down CAPB into the drains and most of the time drains are a closed Loop system, so possibly the risk of CAPB affecting aquatic life could be low, but I am unsure of how closed our sewage system is and of course, you have people that don't use a closed system and the products get washed into the soil or directly into our waterways.

I would also be concerned that by the industrial forming of CAPB, could be causing waste either in liquid or gas form to enter our waterways and become an environmental toxin to us and aquatic life.

Here at Wild Earth Beauty, we have made the decision not to sell products containing CAPB as we consider it to be a synthetic chemical, possibly toxic to the environment, and a potential allergen in its use. EWG Skin Deep Cosmetic Database Classification gives CAPB a score of 4 which is of a moderate hazard with a good amount of data. EWG states there is a limited concern of CAPB causing allergies and a definite concern of CAPB being an Environmental toxin.

This forms our opinion based on what we have read about how CAPB is made, what it is made from and reports of sensitivities. There is plenty written online both supporting CAPB use and questioning it.

We question CAPB's use and suggest its not a chemical that you should automatically except in a product, but one you should research and make up your own mind.

*I am not a scientist, this blogs forms my opinion and I strongly suggest you do your own research before acting on any suggestions within. *The SDS is for example only and would be the same no matter what company made the chemical so is in no way a slur on the company selling. 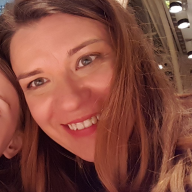 Thank you very much for visiting my page. I am Louise, founder of  Wild Earth Beauty & Blog.

Here I aim to showcase UK brands, as well as discussing ways in which we can all live more consciously and sustainably.

I have a deep interest in ingredients, packaging and brand ethos of our day to day products, as well as an an interest in conscious living & consumerism.

On this site you will find, product & brand reviews as well as lifestyle & consumerism ideas & thoughts. All constructive comments are welcome.

I am a busy mum of 3, an ex-nurse, a current travel agent, a golden retriever breeder and a home edder. My views are my own and so are all the grammar and spelling mistakes!

The aim is not perfection but that small changes made by many make huge waves.

Contact me via email on louise@wildearhtbeauty.co.uk or on social media

"I have tried many deodorant creams and balms, but

Our @tabithaeveco Bath Sponges are all at 50% Off!

The most yummy vegan cheese ever!⁠ Perfect on cr

I am in the Amazon Service LLC Associates Programme, an affiliate advertising programme designed to provide a means for me to earn a small referral fee by linking to Amazon.co.uk and affiliated sites. I am also a member of selected brands affiliate programmes. I select affiliates used on product cost and brand  service. All opinion are my own, and are completely honest. I clearly state whether the product was gifted of bought.

In Support of UK Artisans